Preseason football. It’s one of those things that you either love or hate. The people that hate it usually believe that preseason doesn’t matter at all. So, does preseason matter or is it all just a bunch of hype?

At first glance, since the games themselves don’t count it would make sense to think preseason doesn’t matter. However, let’s dig into that statement a little more and pull back the layers.

It is true. The games don’t count in the sense that they have no effect on the regular season. Teams win or lose but the standings are not affected. Just because preseason doesn’t matter when you take it at face value, it actually matters very much for numerous underlying reasons.

Look at the abuse professional football players take on a physical level. If that is something they had to endure for 12 months out of the year, their careers would last one to two seasons at best. Offseason gives players time to heal, but it can also get them out of shape. If there was no preseason, players would have no opportunity to get back into the swing of things.

While the veterans are getting back into the routine, preseason also lets the rookies battle it out for the remaining positions on the team. Practice can only show a coach so much. Players need to be in an actual game environment, giving it their all. There are only so many starting positions available on a team and everybody wants one. Preseason is really about survival of the fittest. 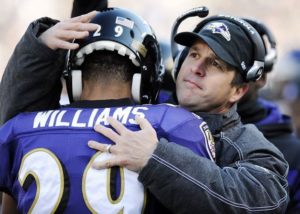 Every play that happens in preseason is dissected with a fine toothed comb. Coaches try and plan their entire season by picking out their teams’ strengths as early as possible. And their weaknesses. If every individual player is only focused on themselves, you have nothing. Preseason is the time your players must come together as a team. If a coach can make his team a family in preseason, he will set the stage for greatness.

Last, but not least, fans have to get back into football mode as well. Preseason games start getting us excited for the upcoming football season. Not to mention, we just might get to witness the play that sets the stage for our next NFL hero. Preseason is a memory in the making, for fans and players alike.

Does preseason matter? You tell me.